A few weeks ago, I tossed out my year-end running goals. One of which was to run at least three times per week. So far, so good on that count—I ran four times last week! I thought it would be fun to recap those runs for you because #accountability. And outside of the goals themselves, I haven't really talked that much about my running on Daily Dose. So, here goes. 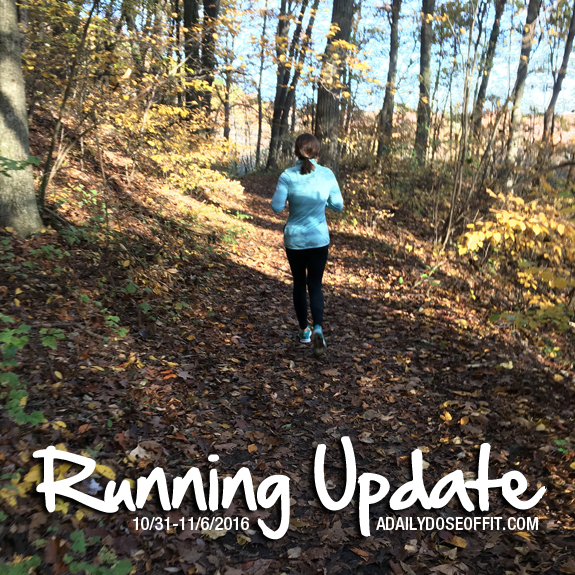 As a group fitness instructor that teaches almost every day, it can be very hard to sneak in my own personal workouts.  Gratefully, I am able to participate in four out of the five classes that I teach without compromising my ability to instruct. But I'm not a fan of physical overload, and I know my own limits. Here's how last week broke down for me:

Monday
No running for me on Monday! I woke up at 4:30AM for clients, and I taught a Barre Fit class at 9:15AM. So by the time I got free time, I was wiped clean of any and all energy. Plus, it was Halloween and costumes and candy were more important.

Tuesday
I hit the gym around 5:30AM and clocked a few miles: 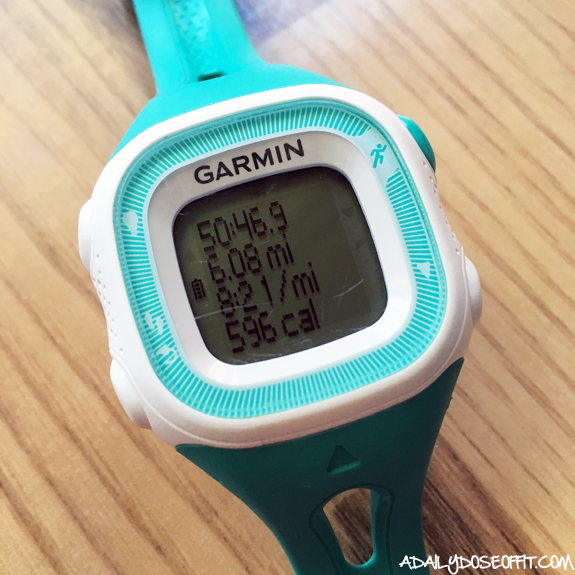 I started off on the track, clocked one mile, then did two miles of speed work. I started at about 8:30/mile and dropped it down roughly :15 every .25 miles. At that point, I hit the streets with my running buddy. I don't normally clock this many miles during the week, so I was pretty happy with the run. I also did some Power Yoga. Much needed stretching.

Wednesday
It was another early morning for me. I had a client, then taught my HIIT class. No running, unless you count the laps we took in class. Roughly half a mile, I suppose.

Thursday
Every other week, I teach Spinning on Thursdays. Last week, I did not have to teach so I snuck in another run. But I was up late watching the World Series. So I only clocked three miles. And they were slow: 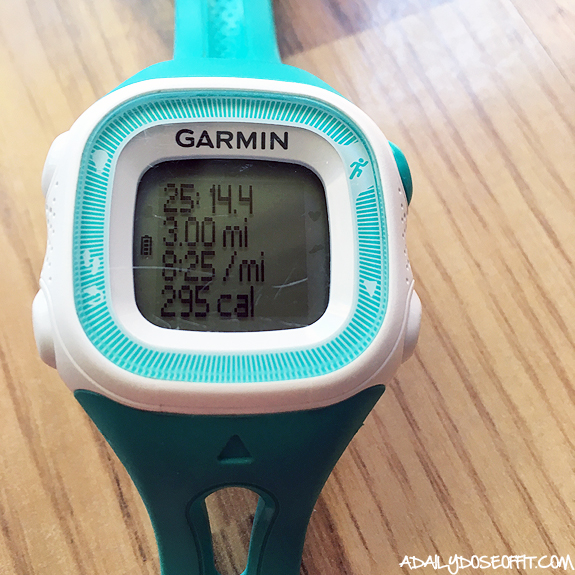 Friday
I woke up early again for a 6:00AM client, then taught PiYo Live at 9:00AM. No running.

Saturday
OK, so I don't normally run on Saturdays, but I snuck in 3.78 miles (according to my Garmin). I signed up for the HeartMiRun Virtual 5K. All of the proceeds go to Michigan state parks, so I met m local running group at ours to clock some time at our local park. I don't get out there much. It's full of trails that I don't know very well, but...man. It was beautiful. The perfect Fall experience. My mom came with me:

Sunday
I met the running buddy. Here's what we clocked: 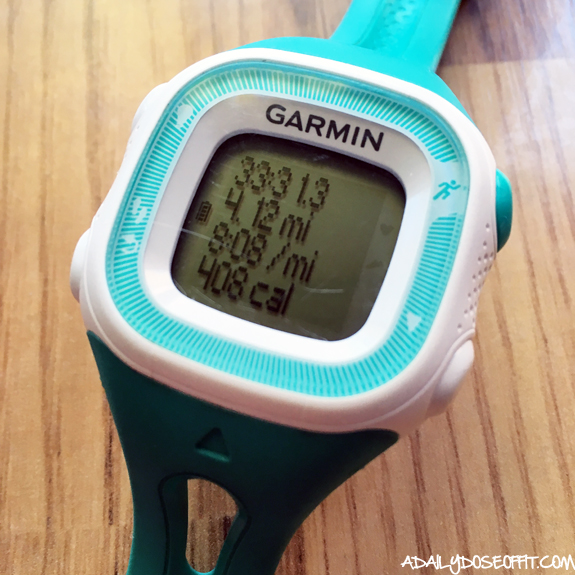 So, pretty happy with the week. I ran a total of 16.98  miles. Let's just call it 17 miles. Still haven't been out to the track to really work on speed, and I'm not sure this'll be the week because I teach Spinning on Thursday so I'm losing a day of running. We'll see, though. Never say never.

Today, I taught Barre Fit.
Tomorrow, it's time to vote.
Get out there, Americans.

Question: Is your week in fitness off to a great start? How was last week? What are you currently working on, goal-wise?
TARA