Winter Running: 4 Miles in the Snow

I really want to start this post with complaints about all the snow we got up here in Michigan, but I can't because everything is covered in a blanket of white and it's gorgeous. This is the part of Winter I love. Fresh, fluffy snow out my window. So pretty, and much prettier than any view from a treadmill at the gym. I hate the treadmill. It's a buzzkill. So I avoid it whenever possible.

Despite less than desirable temperatures and roads that hadn't been plowed, I laced up and ran outside. And it was awesome. 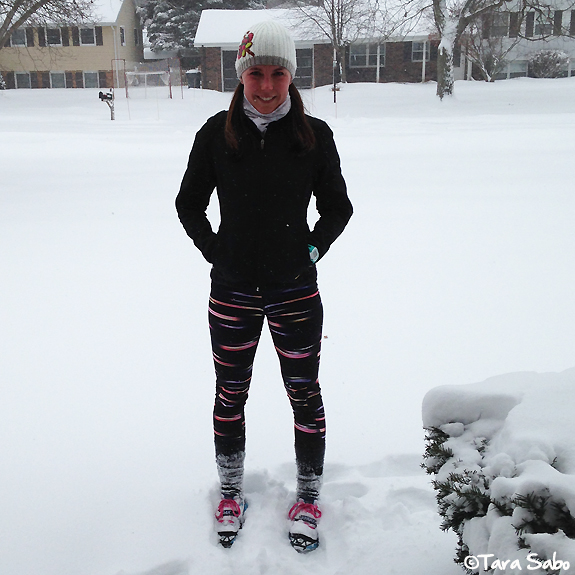 
At the top, a breathable hat with pigtails (because then my hat stays on). A simple neck warmer, which added to my long-sleeve turtleneck and thin-but-warm Nike running jacket that I've had for years. Then gloves, obviously. And two pairs of running pants (one of which was lined with a thin layer of fleece).

At the bottom, one pair of waterproof socks and one pair of ski socks. And an old-but-good pair of running shoes with Yaktrax. 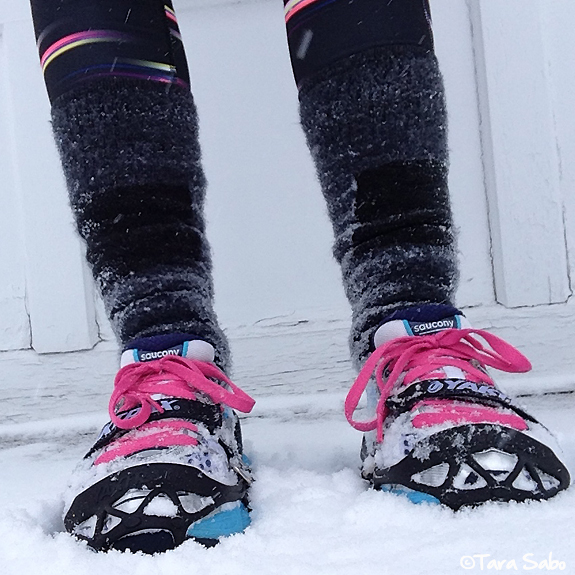 I probably couldn't have gone running without them. My route took me through a neighborhood that hadn't been plowed, so I was dodging in and out of, around and about tire tracks the whole way. It wasn't slippery in the icy sense, but the tread on my shoes would never have been enough.

Dang, was it fun! 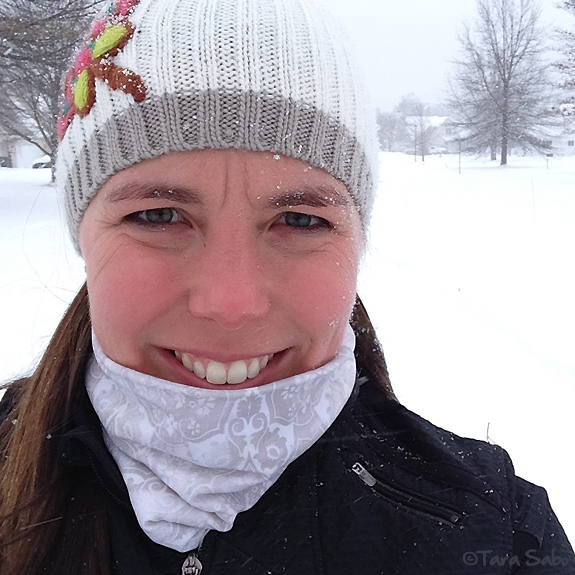 Oddly silent, too. Except for the occasional snow blower. And maybe one or two cars. But for the most part, it was just me and the snow. And it was awesome.

I'm doing what I can to hold on to all of my motivation to train for and run a Spring half marathon. This is NOT the best time for me to build mileage, but I'm giving it my best shot. I'll decide at the end of February if I can maintain it through to the end...it kind of all just depends on how much I can run outside. Because I'm not even joking you when I say that I'll die if I have to do long runs on the treadmill. Not even joking.

That's how much I hate the treadmill.

But, we'll see. Like I said, I'm motivated.
And still thawing out a bit.

AND pretty happy with my time, despite the less-than-ideal terrain.
I thought I'd clock in much slower than this: 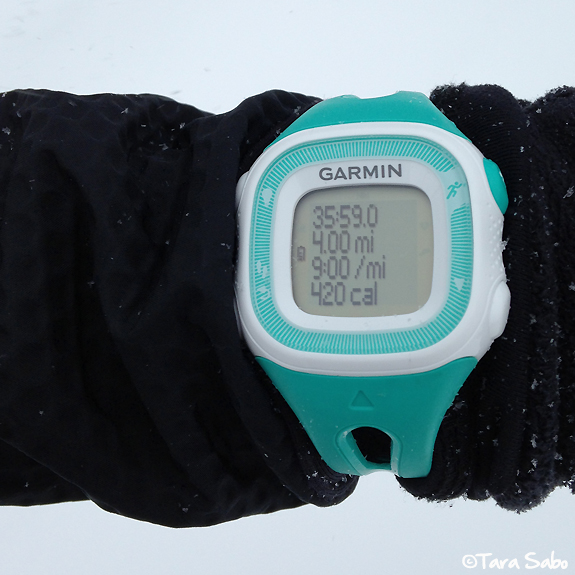 Coming up this weekend, a 5K race in my little town. It's going to be cold because we'll be running down by the beach, but it's our own little version of a chocolate run, so...chocolate makes it worth it.

Question: Would you rather run on a hot Summer day or cold Winter day? Why?
TARA