I love picking apples. There's something about being in an orchard that feels so healthy and so far removed from the crazier aspects of life. Plus, I'm of the opinion that the apples taste way better. We went this weekend. I mean, the weather was absolutely perfect. 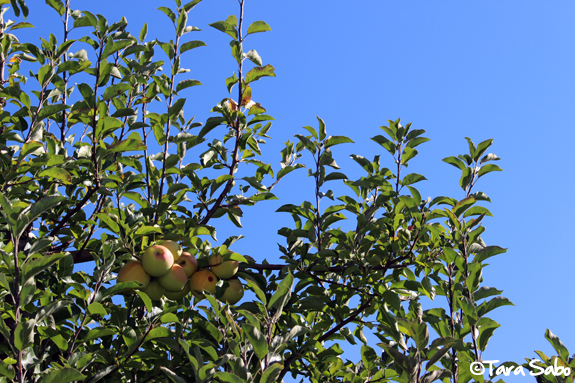 There were a wide variety of apples to pick, but we stuck to Gala and Golden Delicious apples. Both of which are tasty and entirely perfect for applesauce.

In addition to big and juicy apples, we hunted down some that were smaller that would fit in Hannah's little hands. 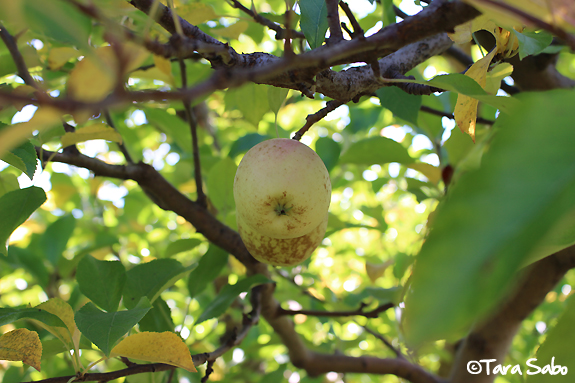 Girl eats applesauce like it's her job, and is just now figuring out that actual apples are just as good.

Evan even got in on the picking action. 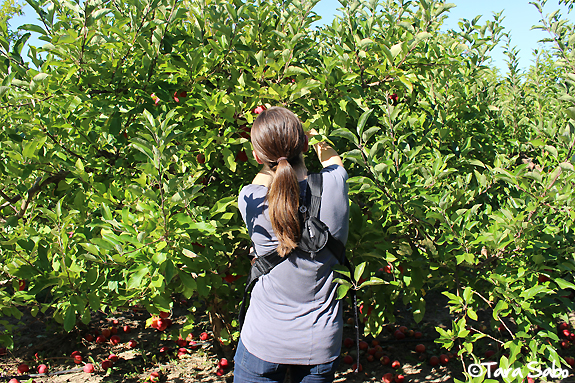 Well, sort of. He pretty much slept through the entire experience. That carrier puts him right to sleep. Nod to being in the womb, perhaps?

We ended up picking enough for at least two batches of applesauce and plenty of apple snackage. My little helper jumped right in when I asked her to assist with making the first batch of sauce. 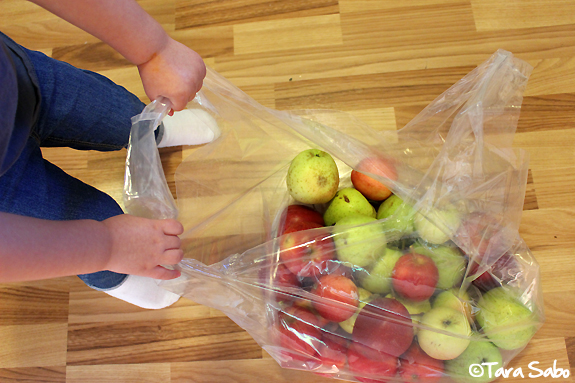 Now, this was going to be my first time cooking applesauce in my crockpot, so I turned to Pinterest for some recipe ideas. The one I pinned seemed simple enough. And it literally took me five minutes to prep. 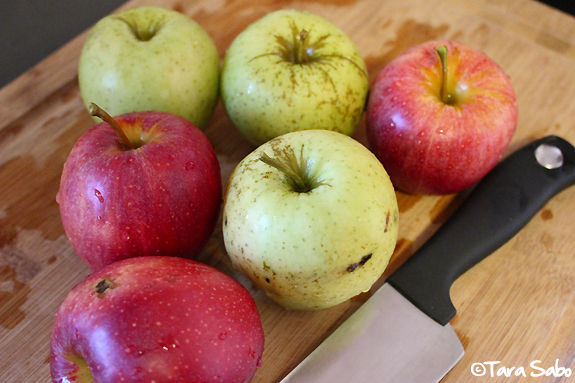 I ended up making two modifications to the original recipe: I left out the sugar and used two cinnamon sticks instead of powdered cinnamon. 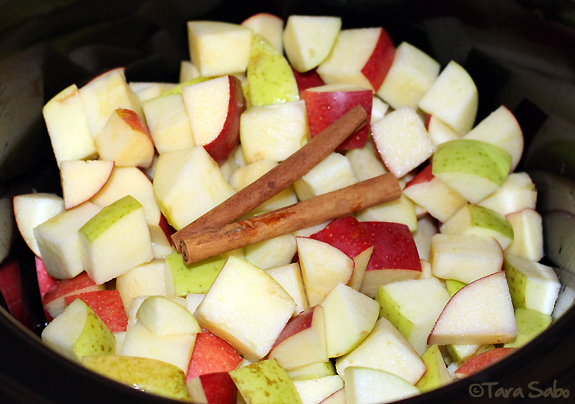 As you can imagine, the house smelled uh-mayzing while it cooked. And after about three hours, the apples were soft enough to purée in my stand mixer. I didn't peel the apples before cooking them, which created a chunkier applesauce. Not a bad thing, but I think next time I will just take the skins off (so that Hannah doesn't have to pick them out, silly girl).

So, six medium apples makes a giant jar of fresh, free-of-gunk applesauce. I mean, so awesome. And so delicious. (Ours is nearly gone, time to make that second batch.)

Question: What is your favorite Fall activity or treat?
TARA