Such a weekend! We left for Chicago on Saturday morning and I couldn't have been more excited to take my girl into the city for the first time. Last time she was there, she was protected from the wind and cold and sights and sounds—I was about eight months pregnant. So this time around, she got to experience everything for real. Including the shopping. And she was a total trooper. (Pretty sure she likes the city, just like her mom.) But it wasn't all about the awesomeness that is Chicago. I was there to run, and run I did.

I heard some pretty great, also some not-so-great things about the Hot Chocolate 15K/5K in Chicago. Everything from disorganization at packet pick-up to crowds of people to awful and awesome routes, but the fact that it was all built around chocolate and the consumption of it had me sold from the get-go, so I was super excited for race day. Especially since I felt really ready for it after all the training.

I ran in the new Saucony Triumph 10 running shoes. 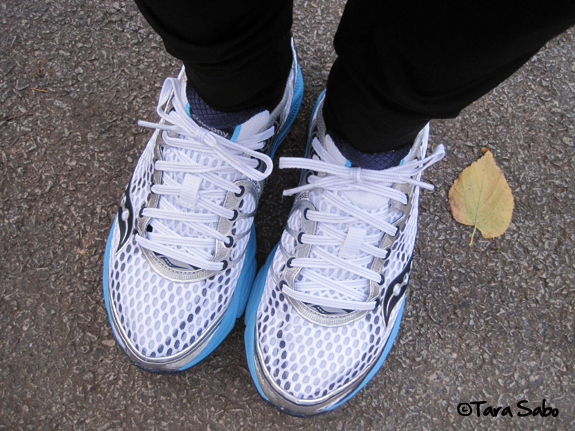 They did me good, but can you tell they are new? They're, like...so bright compared to my black pants. Ha! I think I'm still a Nike girl at heart, but I'll definitely keep the above in the rotation. I'll post an official product review tomorrow. Today, I'd like to keep talking about the race. 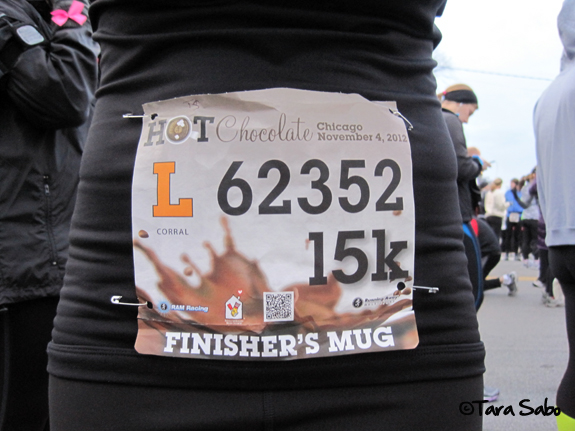 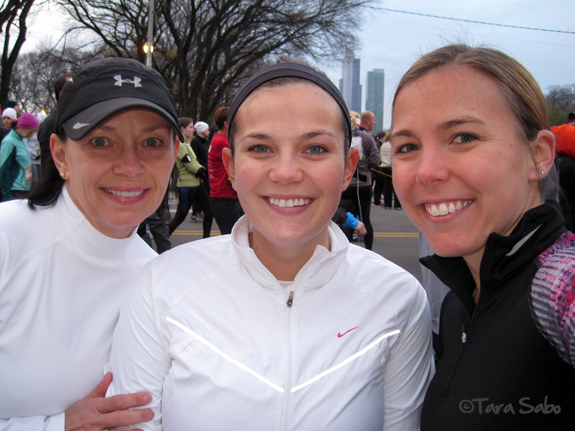 She's six months pregnant, and did an awesome job.

The three of us together where part of the 40,000-plus that ran it. That's a lot of people, but I never once felt like the route was crowded. And the race itself started in a timely fashion. 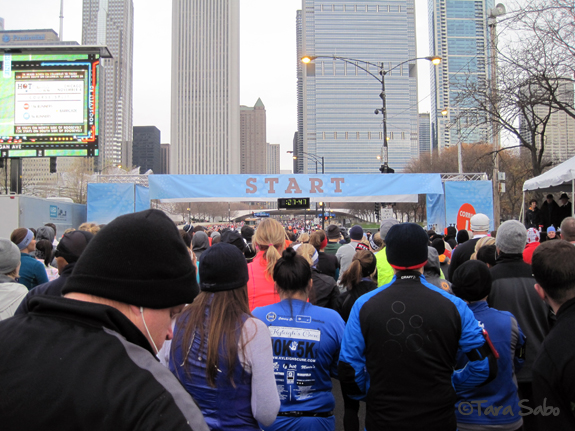 As always, it was fun to run around the city: 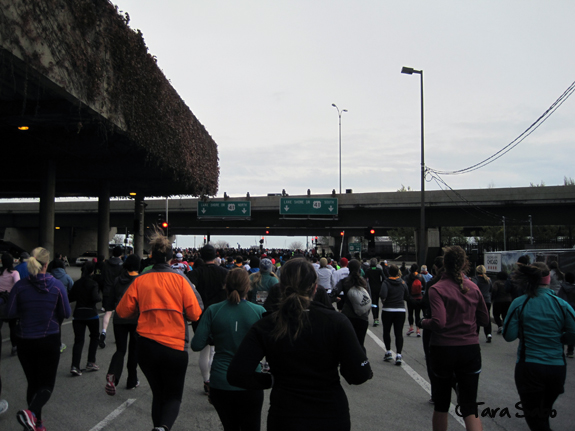 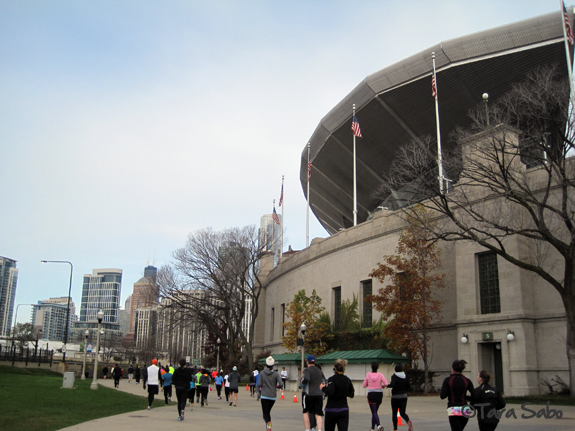 In the end, I crossed the finish line right in the middle of my age group... 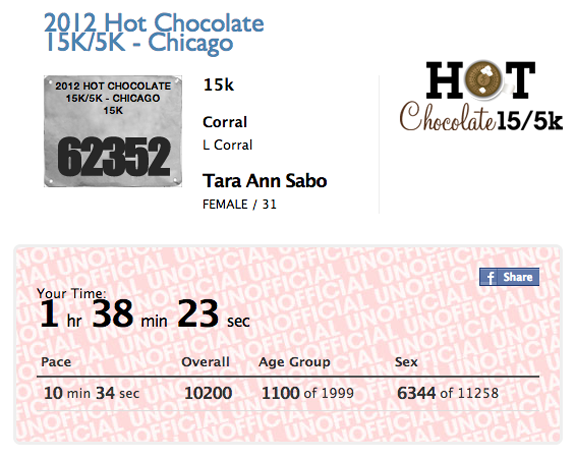 ...but when I crossed the finish line, I felt like I still had some juice in the legs, so I probably could have knocked off a few minutes if I had pushed it a little harder throughout. But, whatevs. I had fun. And I ran with my mom, who finished shortly thereafter, so that's all that really matters. Well, that and the chocolate: 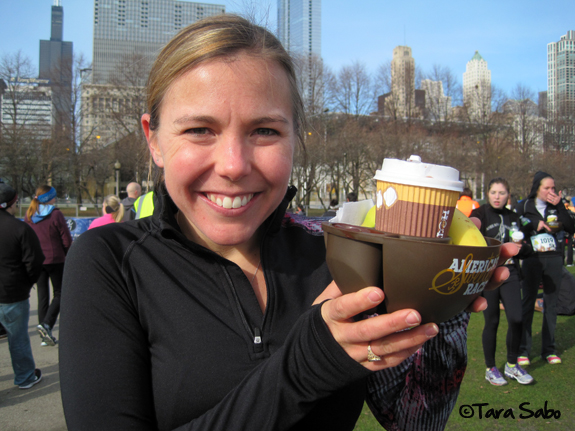 I think I might have to run for chocolate again next year. I can still taste the fondue. And I've still got the itch to race some more, so I'm contemplating a Turkey Trot. Just a 5K, just to see how fast I could bust out three miles. We'll see...

Question: What's the best post-race/race-day swag you've ever been given?
TARA

Don't forget your pace is slow because you ran almost the whole 5K with me at my verrrry slow pace! That would have chipped off a few minutes. And my face definitely looks 6mo pregnant!

Um, your face doesn't look 6 months pregnant. A) You're smiling like a cheeseball, and B) you are glowing.