How I ran fast to finish first.

I ran a local 5K this weekend. The Second Annual Ice Fest 5K Chocolate Run. My club sponsored it so I was gifted a free entry. I would have paid my own way, just so we're clear. I was in no matter what because it was local, I knew the people organizing it and (most importantly) there was chocolate involved. 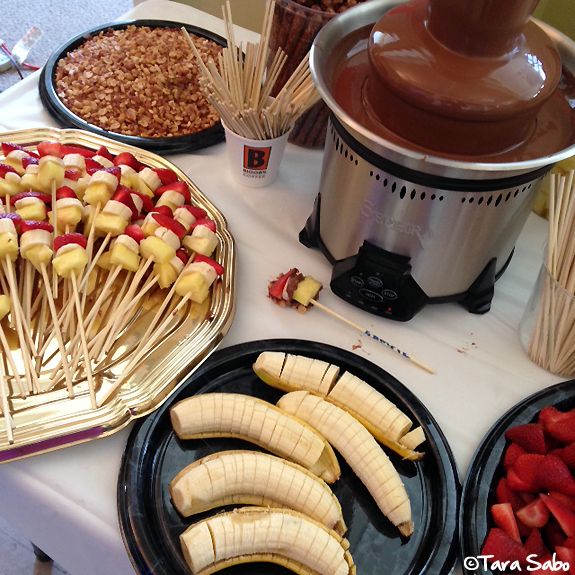 Nothing beats a post-race chocolate treat.
(Except maybe some coffee, which I also consumed.)

Admittedly, I didn't take very many pictures. I went by myself and felt sort of funny about snapping photos left and right like I was some crazy paparazzi girl. Or selfie queen. Also, I just wanted to run.

I haven't committed to the Fifth Third Riverbank Run 25K yet because I'm still hesitant about completing the training at this time of year, but it's definitely a shining star on my 2015 race wish list, so I'm doing what I can to keep moving toward it. But this past week in particular was a little off.

I thought about running and extra two miles either before or after the race, but decided against it in favor of running my heart out during the race. Turns out, that thought paid off and I finished first in my age group. I feat I've never accomplished.

I should also mention that the path was covered in snow.

I saw a lot of Yaktrax out there and contemplated wearing mine, but decided to forgo them at the last minute because the snow was fairly compact. There were icy patches, and also patches that were snow-free. So I was fine, really, as long as I paid attention.

But a snow covered path means temps were down, and I only had one pair of socks on, so my toes were cold for the first mile or so. Granted, it could have been colder. But I hate when my toes get cold, so that prompted me to run a bit faster, too.

As did the chocolate, see above.

And really, though. I kind of wanted to see how fast I could go so I seriously pushed. Rumor has it that I get a medal for my age-group win, so we'll see.  I'm always happy when I can add some bling to my collection. (Who doesn't love a good race medal?)

So, let's recap all the unofficial ways I got myself to run fast and finish first:
1) Ignore scheduled mileage and run heart out for entirety of shorter distance.
2) Wear one pair of socks, hate cold toes and think about a heat source beyond the finish line.
3) Imagine all the post-race treats.
4) Be curious about your ability to run faster than ever.

Pretty sure that last tip is the only one worth really considering.