I actually ran quite a few races this past year: 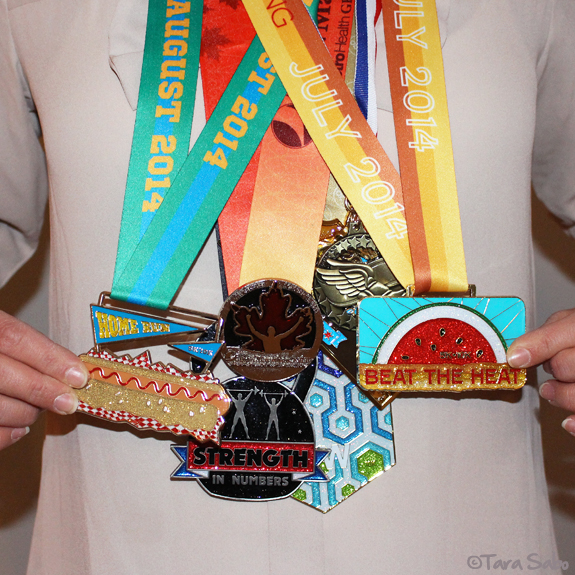 The highlights:
1) My first virtual race.
2) My first marathon—ahem, marathon relay.
3) My first solo half marathon.

And here's what I'm thinking:
I ran one half marathon in 2014, two the year before, and I'd like to shoot for three this year.

Again, successful completion of this trifecta of half marathons will depend largely on funds and time, but I'll give it a good go. I'd like to run a few shorter races, too. Realistically speaking, I'll have to start training right now if I want to run a Spring race. I'll also have to pick a Spring race.

Consider this my wish list/list of potential races for 2015:

Question: What are some awesome midwest running events? I'm looking for things in Michigan, Northern Indiana and/or Northern Illinois. I mean, I'd definitely consider going further away but...time and money, right?
TARA

This is totally not budget friendly, but so on my bucket list and should be on yours too...a Disney race! I've heard they are amazing. I follow RunDisney on facebook too!

Total bucket list item! Our first family trip to Disney might just have to coincide with a race weekend because, yeah...so expensive! But the Princess Half is on my list of someday-races, for sure. That, and the Nike Women's Half in DC or San Fran.

Awesome! I would love to do a princess race and I have also been looking into the family 5k race/scavenger hunt they do at Animal Kingdom! Definite bucket list items!!

i'm totally lacking on anything running but would like to get at least one race in this year. thinking the calgary marathon 5k because the medals are awesome! and really, that's all that matters to me.