This post contains a race recap, the entry for which was given to me by Jost Running in order to facilitate a review. I received no other compensation, and all thoughts and opinions are my own (of course).

I'm so off on the workouts this week. My girlie got sick last night, which foiled my plans to run four miles. And then it stormed tonight, so there goes another opportunity. BUT...I'm redeeming myself tomorrow. Our car is at the shop, ready to be picked up. The shop is four miles away, and if I hit a few side roads, I can turn that four miles into six.

I ran six miles last weekend, too. Well, 6.2 for the Home Run 10K with Jost Running. This is the second virtual race I've participated in with them, and I must say, I'm totally hooked on virtual racing. More on that later. First, here's how my race split: 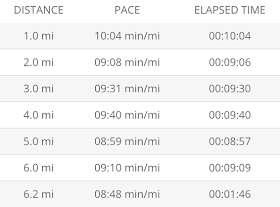 Bet you can guess where the uphill was.

I'm pretty happy with how this ended. It felt fast, I felt strong...according to the leaderboard, I finished at the top with a total time of 58:23.

I don't really have a scientific approach to training. I just go out there and run, paying attention to how I feel, making an attempt to push myself a bit more every single time. The more I read Runner's World, Run Like a Mother, and all the blogs written by more seasoned runners, I feel like I should go at it with fartleks and track workouts and whatnot. Until then, I'll stick with what I'm doing because I like what I'm doing. 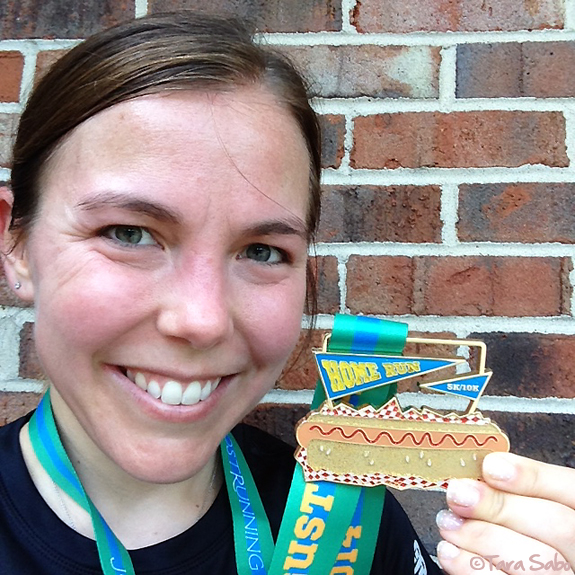 Up next on my race calendar is The Color Run in South Bend. As I work my way toward my goal for Grand Rapids, I'm contemplating signing up for a virtual half marathon. We'll see.

Why a virtual half? 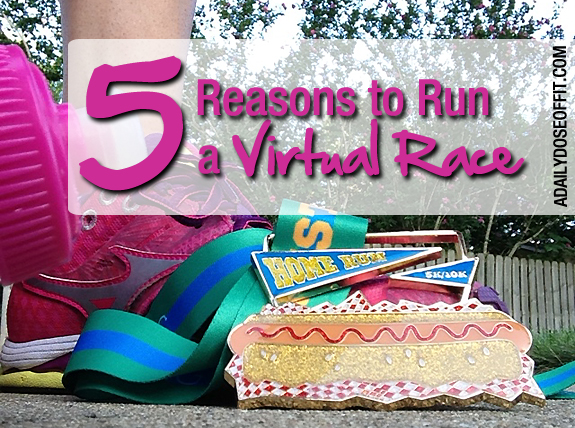 1) You can run a virtual race wherever and whenever. You aren't confined to Saturday and Sunday mornings, which can turn your weekday runs into something a little more fun.

2) Most virtual races give great medal. Especially if you sign up for a Jost Running race. 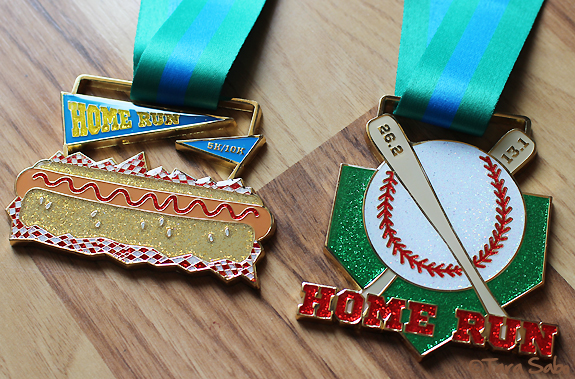 I mean, who doesn't love a good race medal? And if you like race swag, some even do that, too.

3) Virtual races almost always support a charity, and putting one foot in front of the other to help someone else is totally cool. Jost Running chooses a different charity each month, the logo of which is engraved on the back of that month's medals. 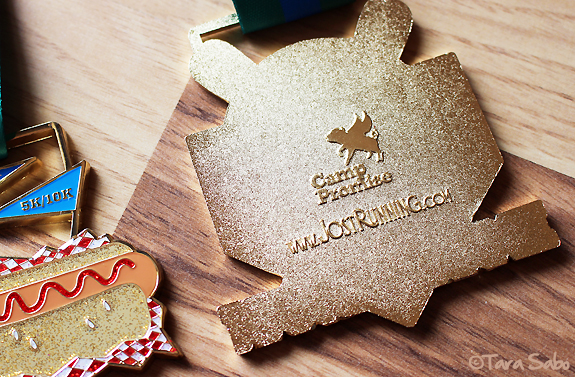 4) Virtual races are usually a bit cheaper than your standard in-person race. So if competition is your thing, you can do it more frequently without breaking your bank.

5) There aren't any cut-off times. You can take as long as you want, even days, to run that 5K or marathon. And you can still walk away with the prize. And the pride. Which means that anyone, literally anyone can participate in a virtual race.

Which brings me to this question: