So this happened today: 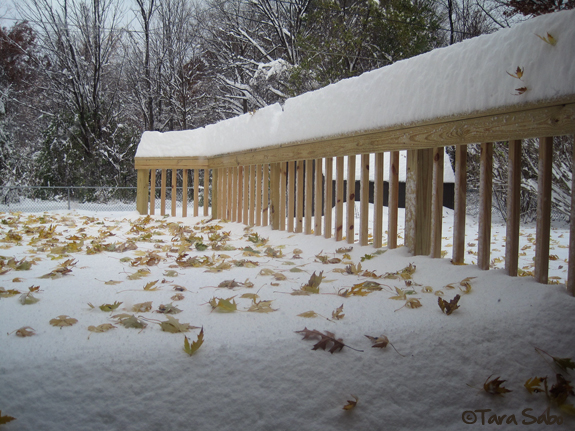 We went from a yard full of Fall leaves to a foot of snow in one single night. No easy transition to the white stuff, just a dumping of it off Lake Michigan. Man, I hate where I live sometimes. Except, that's not really true. I don't think I could live somewhere that lacked a this season. I love snow when it's pretty, full...and clean. I love waking up to a Winter wonderland, even if it prevents me from getting to work and consequently teaching my classes—thus was the case today.

I just couldn't get through. Too thick, no plows. Cars everywhere. So we stayed in, and what's a girl and her mini-me to do when they're snowed in? Bake, of course. 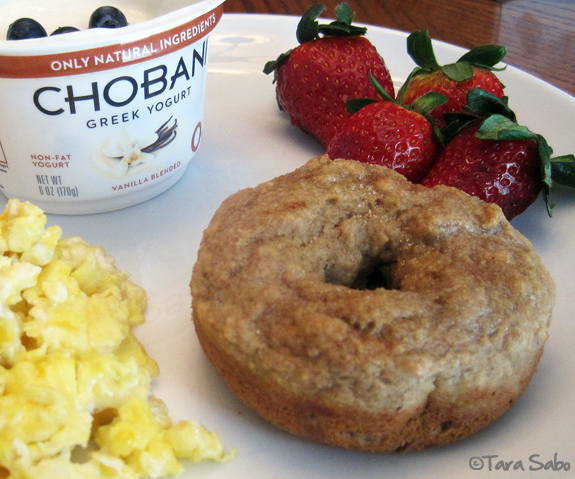 We made baked apple cinnamon donuts (and then had breakfast for lunch). Someone is obsessed with apples, so we found a recipe on Pinterest that used applesauce 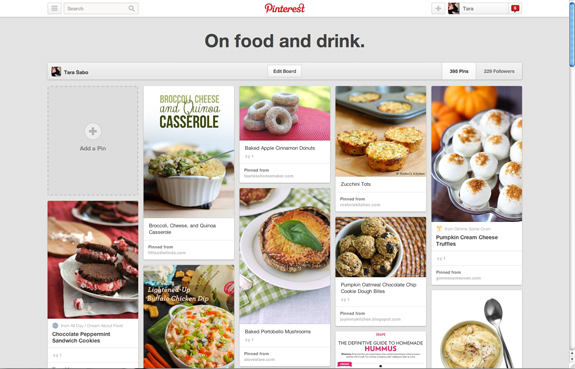 There's not a stitch I'd change about the original recipe, except I'd highlight the part where it says to spray the donut pan with non-stick oil. I skipped that part because my pans are naturally non-stick, and I thought that would be enough. Well, the donuts stuck a little bit, but a butter knife and some patience salvaged the batch. They're only slightly less pretty than they would have been had I used the spray.

But, you know, it's all about the flavor.

Never judge a baked good by it's looks.
If it tastes good, it's a total winner.

Question: How do you feel about snow? What do you do when you're snowed in?
TARA 2 comments:

How to Exercise During Pregnancy

It's Thursday, which technically means it should be Pinspiration Thursday, but I'm breaking that tradition. Just for today, though. I'm popping in right quick to offer up a link to my guest post over on New Leaf Wellness. If you're an expectant mother, I think you'll find it useful:

I firmly believe that Hannah's pregnancy went so well for me because I worked out from start to finish. Literally, I taught my last class a week before I delivered her. Now, every pregnancy is different and every pregnancy responds differently to exercise, so (at the very least) I hope this guest post inspires you to keep moving throughout your pregnancy.

Movement, great or small, goes a long way. Even if you aren't pregnant.

Question: Moms, how active were you during your pregnancy/pregnancies?
TARA 2 comments:

And so it's Tuesday. How's your week? Mine is busy, as usual. I taught Spinning and Kettlebells this morning. On tap for Spinning was a 45-minute interval ride. The first half was all flats, alternating between sitting and standing flats. The second half was all hills, alternating between seated and standing climbs. Good stuff, my legs truly felt it...which made for a wobbly Kettlebells class. Made worse by the fact that we did single-leg dead lifts. In case you're in need of a quick kettlebell workout: 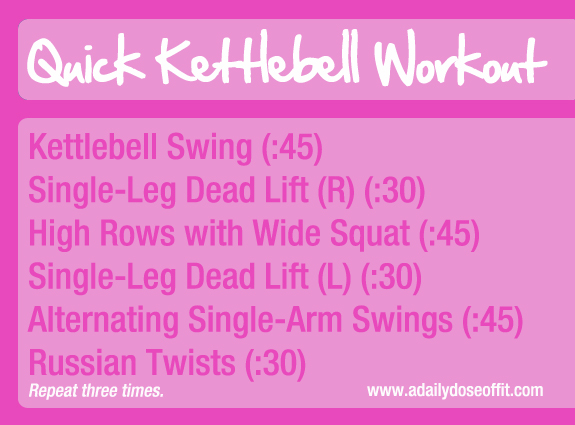 Word for the wise, please be careful when you try workouts from this or any other website. While some of these workouts are backed by certified experience, as mine all are, you can never be too sure how your own body will react to a single workout. Tune in to yourself and proceed with caution, especially if you're trying anything new. Any questions? Let me know, or just consult your physician.

I've been munching on this stuff lately: 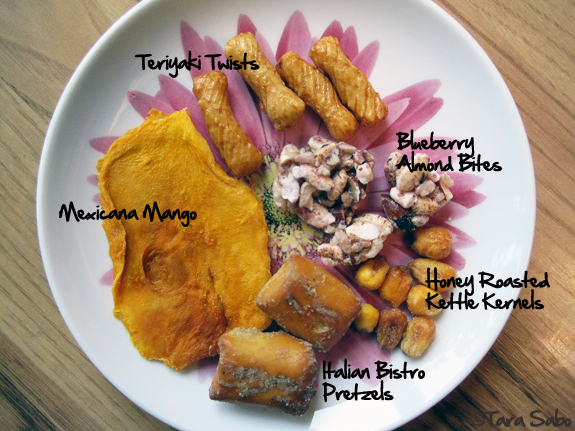 All the goods from my latest NatureBox. They're, like...all the same color. And yet, so flavorfully different! I seriously can't stop with the mango. And the pretzels...don't say I didn't warn you.

This time around, I got to pick exactly what I wanted to get. Not because of my partnership with them—because they just launched a new program on their website that allows subscribers to virtually fill their own boxes. So if you have favorites that you're just madly craving, you can get them again (and again, and again)! The only catch is that you have to virtually refill your box every month or you'll just get the random goods, which is definitely not a bad thing.

The other bummer about filling your own box? You don't get the recipe of the month, mostly because those recipes use whatever snack is being featured that month in the curated boxes. So if you DO fill your own boxes, you should TOTALLY follow the NatureBox blog. Seriously good stuff over there.

Remember, if you're a first-timer with NatureBox, you can take 50% off with my affiliate link.
(Use it, don't use it...totally up to you.)

Question: What is your all-time favorite piece of gym equipment? High five if it's the kettlebell.

Last week, I popped into Subway for a sandwich, which is what I usually do when I need something fast, healthy and cheap for lunch. My standard fare is a 6-inch veggie sandwich on wheat with most of the fixings. But as the Sandwich Artist—isn't that what they're called?—asked me if I wanted cheese (yes), I happened to notice a container of egg whites in line with the rest of the cold cuts. Intrigued, I had her throw some on. I love me a good egg sandwich, but I can honestly say that I never new this was a menu item at The Sub.

Can I just say, I'm obsessed.

Now, I'm not a vegetarian. I'm just really, almost annoyingly picky about the cold cuts I eat. When I'm at the grocery store, I splurge on the high-end cuts that lack added sodium and excess fillers. It's just how I roll, but I'm sure this isn't how Subway rolls—not judging at all, as I do sometimes still go for the turkey sandwich, I just...you know, err on the side of caution more often than not.

Anyway, I ended up going back to Subway the next day because I, well...I wanted that damn sandwich again! And I've eaten it two more times since, except that I've made those last two sandwiches at home. 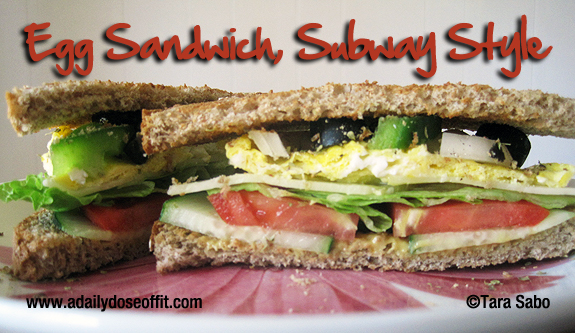 The ingredients are all super cheap, and you might even have some of them at home already. Basically speaking, it's all about piling on the veggies. Here's what I used: 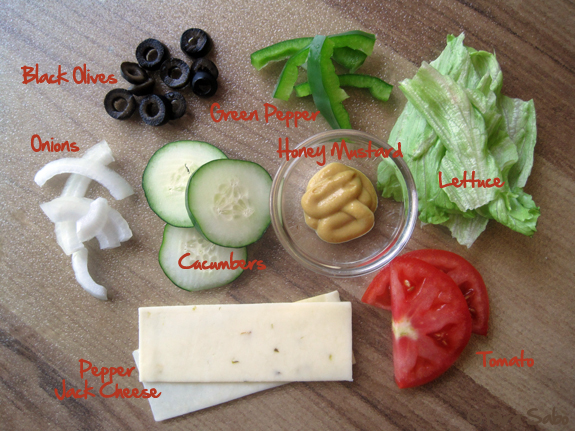 Plus, two slices of toasted wheat bread and this, the egg: 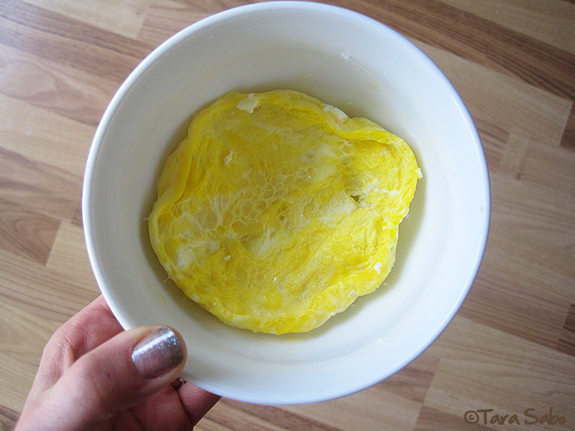 While I much prefer the stove top method, making an egg in the microwave is my time-saver method of choice. It takes my microwave one minute to perfectly cook an egg, after which I pile it high on the bread with everything else. 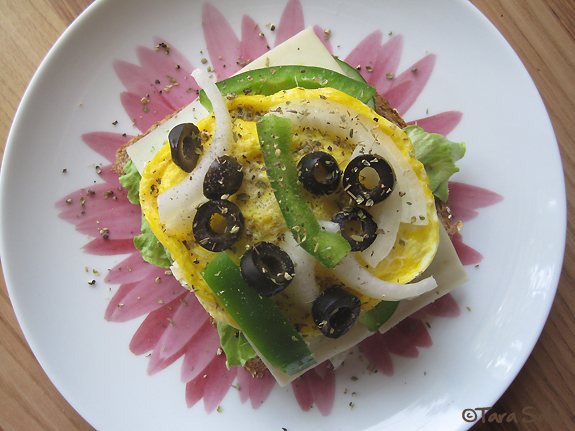 And then I sprinkle it all with some oregano and black pepper. Clutch move, I swear. And yes, you can get both at Subway.

Put the final slice on, cut in two and you're ready to eat. 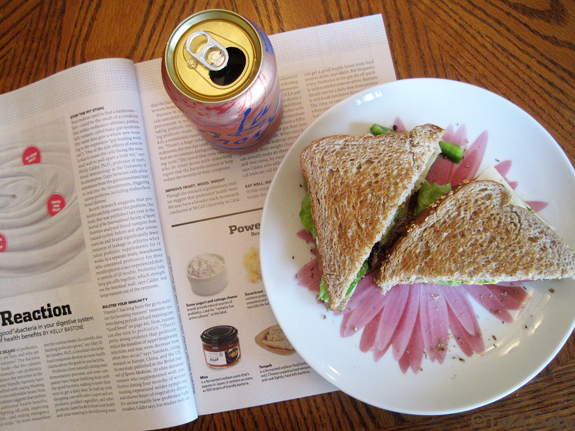 In case you're wondering, THIS is my other favorite healthy egg sandwich.

Question: Where do you go when you need a quick, healthy lunch?